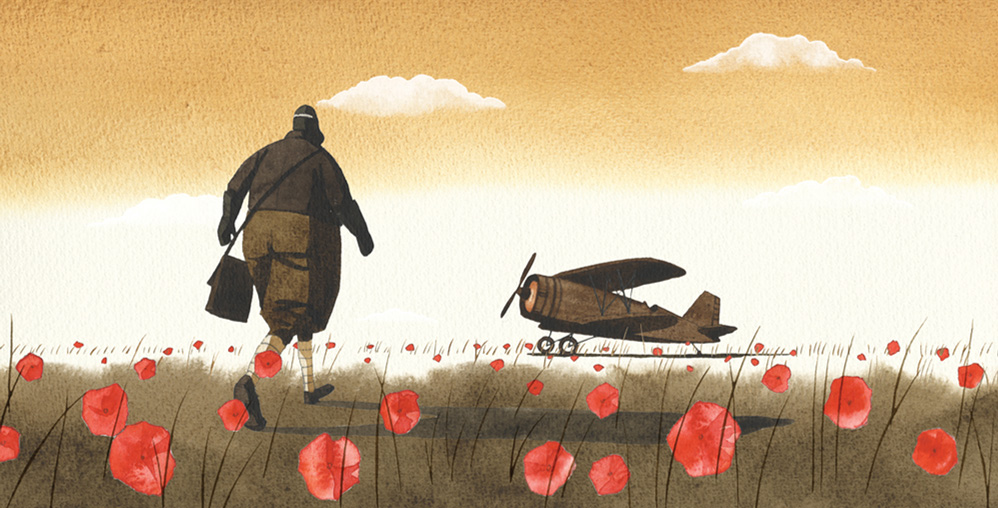 2020 marks 75 years since the atom bombs were dropped on Hiroshima and Nagasaki, with  at least 240,000 casualties. In collaboration with Nei til atomvåpen and the culture and art scene SALT, Fredrikstad Animation Festival wants to mark this occasion with a 45 minute outdoor screening of short films addressing the disasters that happened in August 1945. The animated short films presented are the film artists’ own interpretations of the tragedy, where the artists visual style and storytelling gives a unique look at the events that took place 75 years ago.

An atmospheric view of the atom bombing.

Loving the Bomb is a hand-drawn animation that constructs a portrait of a family grappling with contradiction: how to live with the effects of nuclear weapons while depending on their production? Amidst positive atomic propaganda and exhilarating accounts of nuclear testing, the blank faces of father, mother and child reveal confusion and our minute stature compared to the industry.

An animated short film created for a TV programme based on the letter by Seiichiro Kawahara To Our Children Throughout the World. Mr. Kawahara survived after an A-bomb dropped on Nagasaki in 1945.

An elderly Japanese man boards a ferry bound for an unknown island. As he looks out over the water, the falling rain triggers a string of memories, including of a childhood experience in Fukuoka and a brief encounter many years later, aboard a smoke-filled seaside train. The only constant is the rain, a woman and Mount Fuji. When the man arrives on the island, it begins to pour, and a mysterious woman on a motorbike greets him…

In a short animated documentary, Akiko Takakura, one of the last remaining survivors of the atomic bomb attack on Hiroshima, tells her life story. In this visually and emotional stunning story, she describes how, amidst the terror and nightmares, she found a rare moment of closeness with her father.

On August 6 1945, there were two suns over Hiroshima. One was the dawn of a new day. The second was the nuclear bomb code-named Little Boy.