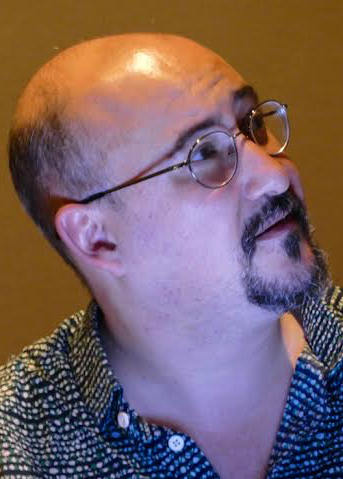 Despite attending a film course at university, nobody had told Alexis Hunot about the power of cinema made frame by frame before he witnessed it first-hand at the Annecy Film Festival. Having worked as a VHS salesman, VHS distributor, DVD distributor and even Asian products salesman, his professional focus on animation started with a piece for a magazine called Storyboard. More engagements for magazines and TV followed, though neither could offer him the space to talk about animation quite as much as he wanted. For this reason, he created a website dedicated exclusively to animation, zewebanim.com, in 2004. There, he regularly posts news and films but also interviews with important animation personalities. Additionally, he took charge of “Bulles de rêves”, a monthly radio show on animation. He has been teaching image analysis and film history at different animation schools since 2007, and started to organise conferences on a variety of animation-related topics in France, Japan, Egypt and other places. He’s conducting video interviews for the Institut français, collaborates with Forum des images and even creates anniversary videos for animation directors that he puts on the Internet. He is also member of the animation committee of the national film award of France, the César.