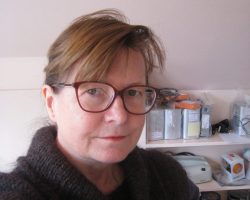 Anne Magnussen, born in 1953, is a well-known and versatile director with over 40 years of experience in film and television production. She started her career in the national broadcast NRK in 1972, where she worked as both editor, photographer, director and producer. Magnussen has received several awards, among others The Golden Umbrella, awarded by the Norwegian Union of Journalists, for the documentary Safe in Danger. In 2003 she left NRK and started the production company Embla Film AS, which she successfully runs to this day. Her newest feature The Man who knew 75 Languages which she co-directed with Pawel Debski, will be screened during the festival.