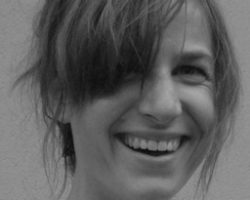 Cathinka Tanberg has worked as an animator since 2003. She studied animation at Volda University College and received her Master´s degree in Visual Communication from Bergen National Academy of the Arts in 2008. She became a partner at Mikrofilm the same year, and since joining the company she has worked as a director and animator for both short films and commercials. Tanberg’s clients at Mikrofilm include Kirkens SOS, 1881, Veritas (DNV) and the Norwegian Labour Party. She has served as a jury member in the prestigious music award the Spellemann Awards in 2009, and the Norwegian design competition Visuelt in 2011. She is now in production with her short film Verdens mellomste fisk, which she is looking forward to release in a very short time. Tanberg is a part of the seminar for Upper secondary school on Thursday, where she will present her own and Mikrofilm’s work for the students and other participants.