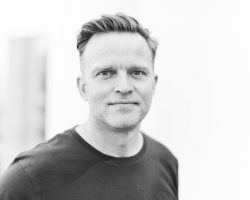 Claes has been in the film business since the mid 1990s, producing animation and VFX for TV series, feature films and numerous TV commercials for the international market. He joined Goodbye Kansas in 2005 (back then still called “Fido”) and has since then been involved in all of their biggest VFX projects, including feature films like the multi-awarded international hit Let The Right One In, the Oscar nominated adventure drama Kon-Tiki and the Palme d’Or winner The Square – as well as international TV series like The Walking Dead, Fear The Walking Dead and Outlander.