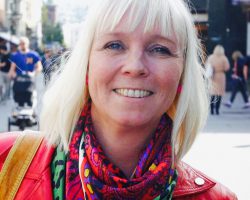 Elisabeth Aalmo is festival manager for the Norwegian Short Film Festival 2017. Elisabeth has a degree in cultural studies, and has worked with film and media literacy for the past 15 years. Previously she has worked at the Norwegian Film Institute and the Cinemateque, and she has also worked 5 years as a film curator and coordinator for art in education in Norwegian schools.