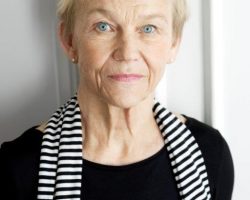 Elisabeth Lysander is a freelance writer living in Stockholm, and regular tribute to the Swedish film magazine Filmrutan.

Elisabeth has background from The Swedish Film Institute (SFI) where she had her hands on everything from import of children’s film to continuing education for professional filmmakers. As a assessors for children’s film for the national broadcaster SVT in the 70s, she grew a fascination for animated films and it’s possibilities. Elisabeth took also part in the foundation of the Swedish association for animation SAAVA (Swedish Animation And Visual Arts), where she was a board member during it’s start. After she retired from SFI, Elisabeth engaged her in the history of PennFilm Studio, with interviews, examining the archives and visits to the studios, all in the purpose to document Per Åhlin’s efforts for the animated film, which resulted in the publication of the biography of Per Åhlin in 2013.