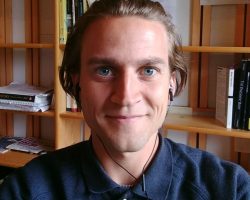 Endre Eidsaa Larsen is a PhD student at NTNU and holds a Fellowship Stipend at Volda University College. He achieved his Masters Degree in Film Studies with a thesis on Soviet montage-filmmaker Artavazd Peleshyan, and is currently researching an approach in film analysis which emphasizes the transformations of reality which are specific to film media. Endre is a film critic and board member of Filmklubbforbundet. Through his work at the Minimalen Short Film Festival he has been the project leader and curator for various retrospectives and masterclasses. Endre also teaches film history, analysis and theory.