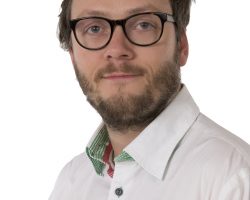 Frederick Howard holds degrees from both Westerdals School of Arts, Communication and Technology, and The Norwegian Film School. He has previously worked as Head of Production in SF Norge AS. He joined the Storm Group in 2012, and has since then become a partner in Storm Films, as well as a board member of the group’s distribution company, Euforia Film. Frederick has been head of the Producers Association’s feature film department, and a member of the board of the Association. He has amongst others produced Captain Sabertooth and the Treasure of Lama Rama, The Young Fleksnes, Captain Sabertooth – the TV-series, the feature films Cupid’s Balls and The Valley of Knights – Mira’s Magical Christmas. Frederik takes part in the Nordic Animation Forum which takes place at Litteraturhuset on Saturday evening.