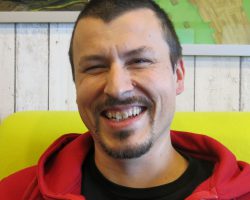 Kim Helminen is an Animation Director at Rovio Entertainment Ltd, the creator of Angry Birds. Presently he is taking part in developing new game themes but he also directs animated commercials. Kim was also the Series Director for Angry Birds Toons, the animated TV series, where his main focus was on script and animatic development.

Kim graduated in 2002 from the Animation programme at Turku Arts Academy in Turku, Finland. Prior to joining Rovio in 2011, Kim was working as a Director and Animator at the animation studio Animaatiokopla which he co-founded. He also served as chairman of the board of the company. Kim Helminen will present his work with the Angry Birds Cartoon series, in the Nordic Animation Forum Saturday at Litteraturhuset.