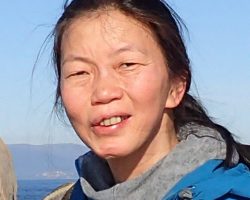 Kim Keukeleire is an animation director and stop-motion animator based in Belgium. After finishing her Master degree in Animation Cinematography and Videography with ‘High Honour’ mentions from the ‘Enseignement National Supérieur des Arts Visuels (ENSAV) de La Cambre’ in Brussels in 1992, she has been working locally and abroad for several companies such as Passion Pictures, BBC Animations, Aardman, Cosgrove Hall and Will Vinton Studios. She currently animates on Wes Anderson’s new stop-motion feature film in London.

Kim has served as a Jury member at the International Short Film Festival ANIMA 2013 in Belgium and in the Pre-selection committee for the graduation films in Annecy 2007.

Since 2008 she has been a lecturer at the Ecole Nationale Superieure des Arts Visuels de La Cambre.