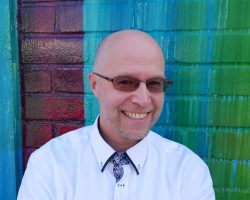 Konstantin Bronzit was born in 1965 in St.-Petersburg in Russia. After his graduation from Art School he studied at the High institute of Art and Design, followed by the High Courses of Scriptwriters and Directors in Moscow.

During his career he made ten short films for which he won around 200 different awards. Konstantin was nominated for the Oscar twice, in 2016 for We Can’t Live Without Cosmos and in 2009 for Lavatory – Lovestory. His film At the Ends of the Earth was nominated for the French Film Academy Award ‘Cezar’ in 2001.

Konstantin is based in St. Petersburg, where he works for one of the largest Russian animation studios, Melnitsa Animation Studio.

Konstantin is a Member of the French Film Academy and the Academy of Motion Picture Arts and Sciences.

You can get inspired from his work in the The World of Konstantin Bronzit Seminar.