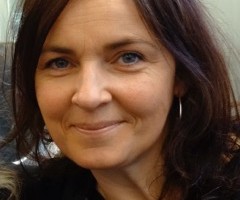 Kristin Ulseth has an education in photography and film studies and has worked with film and TV productions for over 20 years. She has made her own short films and worked in the development and production of TV- series and feature films. Kristin has also been the project manager for short- and documentary films at the Nordic Film & TV Fund. Since 2002 she has been part of the production company Maipo Film, first as head of development and later as a full-time producer. She developed a 360° media project based on the children’s book about Alfie Atkins, created by Gunnilla Bergström. The project includes a 75 minute feature (Torill Kove, 2013), a 13 episode TV-series (Liller Møller, 2013) and an app game for iOS/Android devices (Are Sundnes).

Kristin Ulseth is particularly interested in projects that focus on children, and is now in production of a new feature film, several short films and games for children. In 2014 she took the first steps to produce Lisa Aisato’s book ‘Odd er et egg’ as a short film. Its production has started in co–operation with Qvisten Animation in Oslo, Sparkle Animation in Portugal and Lisa Aisato as the art designer. Kristin Ulseth is the director and producer of the film together with Fredrik Fottland from Qvisten Animation. On Friday Kristin Ulseth and Lisa Aisato will hold a work-in-progress presentation on Odd is an Egg.

Kristin Ulseth is a part of the festival’s main jury for Nordic and Baltic short films.