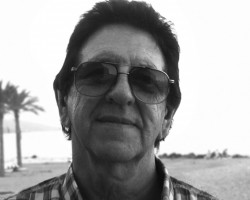 Les Mills studied fine art at universities in the UK before finally completing a master’s degree at Rutgers University in the US. His teaching experience is extensive, initially having taught art and design before gradually moving into filmmaking and animation, culminating in becoming course director of film and animation production at The International Film School of Wales.

He first worked with Joanna Quinn in 1985 on her graduation film Girl’s Night Out. This film introduced the central character of Beryl to audiences and successfully launched Joanna’s career as a master animator. The two have worked closely together ever since, eventually founding their production company Beryl Productions. Their last short film, Dreams & Desires – Family Ties, was written and produced by Les. It collected over 45 major awards, including the European Cartoon d’Or 2006. Les and Joanna are currently in production of their new short film Affairs of the Art.

During the In Production Seminar on Friday morning, he and Joanna Quinn will talk about their careers and work.