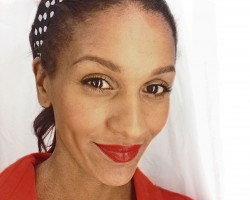 Lisa Aisato works as full-time illustrator, author and painter. Since her debut in 2008, she has illustrated over 20 books and written five, which has earned her three nominations for the Norwegian literature award Brageprisen and two nominations for the Norwegian Critics’ Guild Award. Aisato is best known for illustrating Tor Åge Bringsværd’s tale about Tambar the troll, and her books ‘Odd er et egg’ and ‘En fisk til Luna’. Many Norwegian newspaper readers also know her for her weekly illustrations in one of Norway’s biggest newspapers, Dagbladet. In 2011, she was named one of the ten best authors under the age of 30 by the magazine Morgenbladet. Lisa Aisato lives on Kråkerøy just outside Fredrikstad. On Saturday at Litteraturhuset she and Kristin Ulseth will speak about their work on her short film Odd is an Egg, which is currently in production at Qvisten Animation AS.