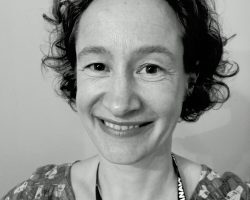 Lise Fearnley began her animation career as Director of Photography for acclaimed Norwegian/Russian puppet master Pjotr Sapegin at Studio Magica. After a few years, she started working as a producer, and in 1996 she co-founded Mikrofilm. Over the last 20 years, Lise has produced award winning short for an entire generation of Norwegian animation directors. Among her credits are the Academy Award winner The Danish Poet directed by Torill Kove, and Academy nominee Me and My Moulton. Lise has also produced a long list of commissioned films for clients such as Norwegian Broadcasting Corporation (NRK), Tine, and Save The Children. Lise is invited to the festival as a part of the celebration of Mikrofilms 20th anniversary and is a part of the panel discussion about the studio and producing personal stories. Many of the films Lise has produced will be screened in the retrospective programme before the panel discussion.