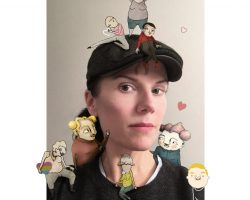 Malin Erixon is an artist who works with illustration and animated film, contracted as well as independent productions. Her films have been screened at film festivals all over the world – like the Sundance Film Festival and Ottawa International Animation Festival. Her work has received several nominations and awards. For instance, in 2015 she was nominated for the Swedish Film Academy Award for Best Short Film. Her three most recent films are Benjamin’s Flowers, But You Are a Dog and Sleep Incidents. She is currently working on two animated projects, White Male 40 and Garden of Eden, which she will be presenting in the Nordic forum during the festival.