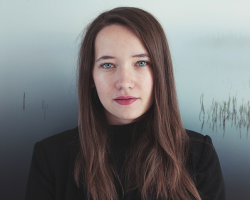 Mari-Liis Rebane from Tallinn, Estonia, is a MA student in New Media Arts focusing on interactive and emerging technologies in the digital age that involves working with sound and visuals. Her background is in animation film studies, and she won the Grand Prix for her student film Breakfast on the Grass at Fredrikstad Animation Festival in 2012. She has been involved with festival organizing and developed web-based services for art communities, and is active as a programme curator for film festivals, including the Animated Dreams in Tallinn. Mari-Liis is interested in new approaches in art that combines trans-media solutions and interaction between art, media and technology. Mari-Liis is invited as one of three visual artist to preform at the Animated Club event Friday night, in collaboration with Quiltland.