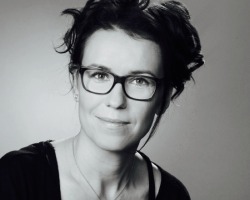 She has also produced drama and sold content to over 70 countries.

Marika is currently working as Creative Director and Executive Producer for innovative new animated television series, Moominvalley. Based on the beloved Moomin books and comic strips by Finnish author and illustrator Tove Jansson, the series will be produced and distributed by Gutsy Animations and directed by Steve Box, who won the Academy Award for Best Animated Feature Film in 2006 for Wallace and Gromit: Curse of the Were-Rabbit. Moominvalley will premiere in spring  of 2019. Marika will take part in the Nordic Animation Forum Saturday evening at Litteraturhuset.