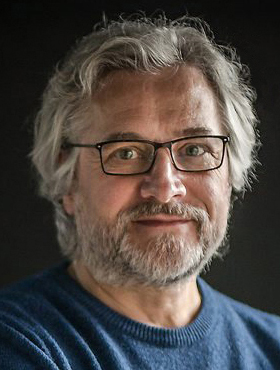 Michaël Dudok de Wit was born in the Netherlands in 1953. Since 1980 he has lived in London where he has directed and animated short films and many award-winning commercials for television and cinema.
In 1992 he created his short Tom Sweep, followed by The Monk and the Fish which was made at the studio Folimage, France. This film was nominated for an Oscar and it won a César. His best-known short film Father and Daughter won the Grand Prix in Annecy, an Oscar and a BAFTA award. In 2004 he completed his short film The Aroma of Tea and he has recently written and directed the feature film The Red Turtle in France with Prima Linea Productions. The Red Turtle was co-produced by Studio Ghibli (Isao Takahata), Japan. It was nominated for an Oscar for best animated feature film (2017) and it has won the Special Prize at Un Certain Regard, Cannes Film Festival (2016), as well as numerous other international awards.
Michaël also illustrates children’s books and gives talks on animation at universities in the UK and abroad.