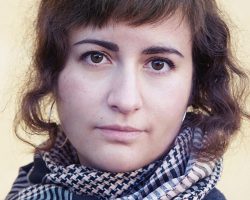 Niki Lindroth von Bahr is an artist and animation director based in Stockholm, Sweden. Her films Bath House (2014) and Tord & Tord (2010) has been screened at festivals around the word, such as big festival like Berlinale, Sundance and Annecy. Tord & Tord were also nominated as Best Short film at Guldbaggegalan (Main Swedish film award) 2011 and won the Grand Prix of Fredrikstad Animation Festival the same year. Niki got her master degree in fine art at the Royal Institute of Art in Stockholm, spring 2016. Along with making her own films, she is freelancer as a prop-maker and animator for film, theatre and commissioned films. She is currently working on her third film animated in stop motion technique, a dystopian musical which will premiere in early 2017. She will present her work including some work in progress on her new short film at in the Nordic Animation Forum on Saturday during the festival.