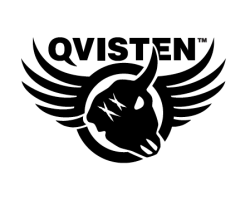 Shortly after, Rasmus A. Sivertsen came on board and the studio rapidly developed into what today has become one of the biggest animation studios in Scandinavia.

21 years later, Qvisten has produced hundreds of commercials, numerous shorts, TV-series, music videos and has been involved in a dozen feature films including Kurt Blir Grusom, Knerten, Pelle Politibil and Flåklypa. The latest production Two Buddies and a Badger premiered this fall in Norwegian cinemas. In 2016 Qvisten debuts as the main producer on the stop-motion feature film Dyrene i Hakkebakkeskogen.

During the festival you can see an Exhibition about their work in the Cinema Hall,  and on Friday night Qvisten hosts the party at the Joker Bar at the Litteraturhuset, where we will also screen their short films.

Don’t miss the Animation & Illustration seminar on Friday, where Qvisten productions Odd is an Egg and Knutsen & Ludvigsen will be talked about.