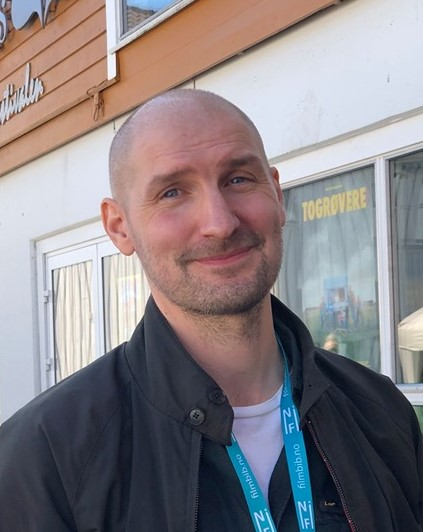 Robin Jensen (b. 1978) is an award winning writer / director from Norway. He studied animation and documentary at Volda college and holds a bachelor’s degree in graphic design from the Royal College of Art in Oslo. He has written and directed several short films and documentaries that have screened at festivals worldwide. The animated documentary The Shelter, was awarded Best European Documentary for Children 2018 by the European Children’s Film Association, and his latest film, Farce, won the Golden Gunnar for Best Nordic and Baltic Short Film at FAF 2019.

Robin is part of the jury for the competition program for Nordic-Baltic short films.