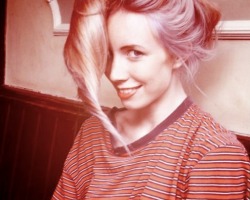 Originally from Bath, Sophie went on to study in London at the RCA and had international success with her graduation film Half Wet. She now works from her studio in London, where she has directed animation for clients such as MTV, The Guardian, Airbnb, Vox, Lena Dunham and Harvard University. She has given talks at universities and festivals around the world and screened films at over 100 festivals. She is currently working on her new film and venturing into ceramics in her free time. Sophie will also take part in the seminar for Upper Secondary School on Thursday. Sophie is part of the jury for the nordic-baltic short film competition.