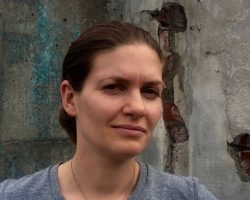 Tonje Skar Reiersen has broad knowledge of the Norwegian film industry. She has organized and made programme for film festivals for many years before moving on to working on creative documentaries at Skofteland Film. She started out at Mikrofilm as a production manager on Hocus Pocus Alfie Atkins, and since 2013 she has been working there as a producer for films such as It Was Mine, The Marathon Diary, and The Boyg. Tonje holds a Master’s Degree in Film and Media Studies from the University of Oslo and Stockholm University, and has published articles and analysis of fiction film in several Norwegian film journals. Tonje is invited as part of the Mikrofilm anniversary and will take part in the panel discussion on Friday night at Litteraturhuset.