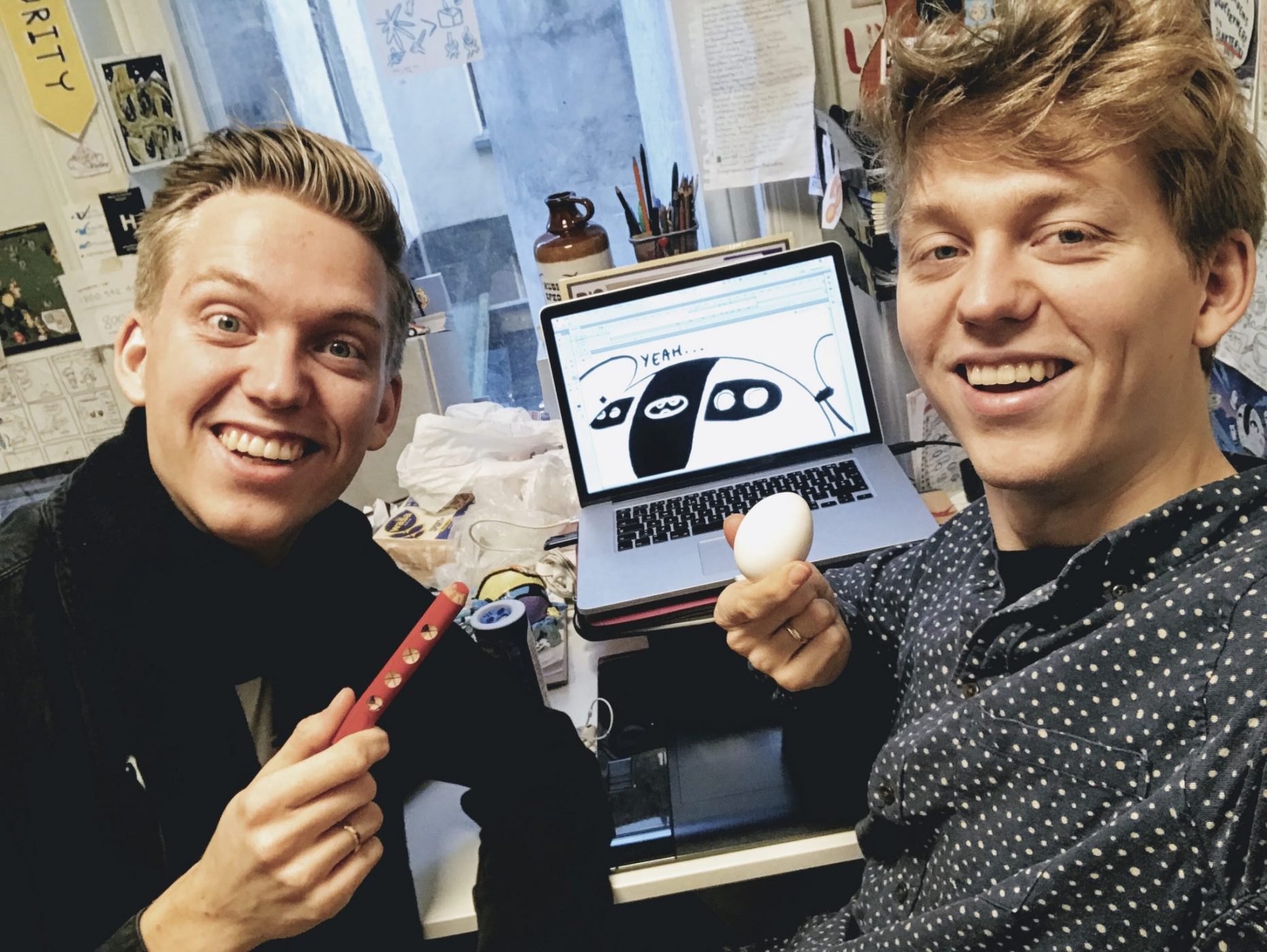 Twintrash is the moniker of Tommy & Markus Vad Flaaten, two twins from Tønsberg, Norway. Having grown up on Newgrounds.com, they went on to study animation at Kingston University in London. During their studies they made the short film BlueBarry which, among other prizes, won the “Public Choice Award” at the British Animation Awards in 2016. After graduating, they made the short Twin Tackle for Disney XD, which was voiced by Yotam Perel, Aras Afsaji and Corey Holland amongst others.

In December 2016 they started directing Space Chickens in Space, an animated sci-fi series strongly influenced by surreal humour and slapstick. The series is a global production: the concept originated in Mexico and the USA, but it was produced in Ireland and animated in Australia. Disney Channel EMEA and Australian Channel 9 have bought the rights to the show, and it is scheduled for release within the year.

Twintrash will do a presentation of their upcomming tv-show at the educational seminar Thursday at noon.