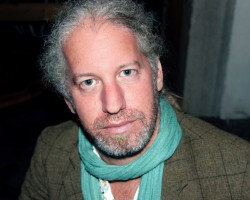 Uzi Geffenblad is a musician, composer, screenwriter, director and producer. He has studied Psychology and Children’s Culture at the Stockholm University. In the early 1980’s he worked as a classical French horn player in orchestras and theaters. Since 1988 he’s been working with films, focusing mainly on animation since 1991.

Uzi has also worked as a sound engineer in film and radio productions. He occasionally lectures in screenplay, sound and production of animation at various schools in Sweden.

Uzi Geffenblad is a jury member for the Nordic and Baltic short film competition.