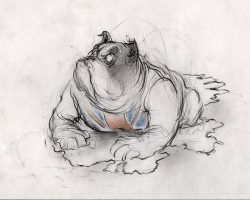 This year’s festival opening ceremony will be held at the Literature House. We will set the mood for the festival by screening a selection of short films by some of our guests. Someone will, of course, be there to say some nice opening words as well. Before the screening, we invite you to the reception of the opening of the Ilja Bereznickas exhibition.

A satirical swipe at the British character that shows how, in the pursuit of wealth and power, it has robbed other nations of their pride and national wealth.

The protagonist of Newspaper Man always has his nose in a newspaper. Even though he is constantly keeping up with worldwide events, the events in his own life pass him by.