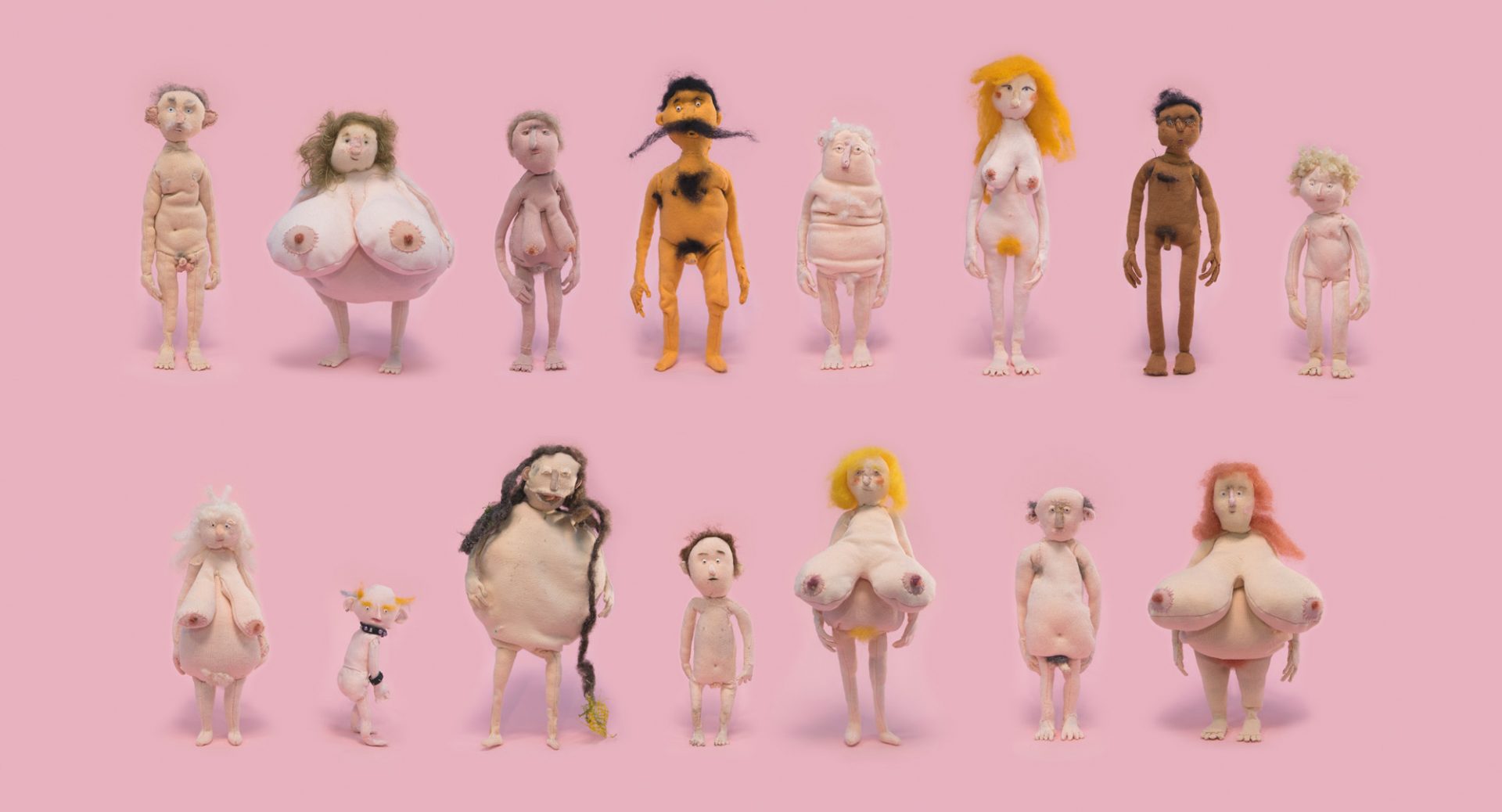 The stop-motion film Human Nature by Sverre Fredriksen & Zaou Vaughan features more than 30 puppets in just two minutes. At the House of Literature, the puppets from the film can be experienced up close. The exhibition features a diverse set of characters: a child with a fear of vegetables, ladies with big breasts, old men with strange habits and multicultural naked swimmers…Posing in their custom-made clothing, made to scale at a range of 5 cm to 30 cm, we also get to see various animals: fish, cats, dogs, an elk, a lizard and a seagull. Each puppet is meticulously hand-sewn, felted and equipped with animatable wire skeletons on the inside, allowing them to hold poses for animation. The bodies are filled and shaped with foam and wool, covered in fabrics and felted wool. In addition to the puppets, a number of props and set pieces, as well as photos from the production process are on display.

Human Nature was created and directed by Sverre Fredriksen, a Norwegian animation artist and director based in Amsterdam. The puppets, sets and props were made in collaboration with Zaou Vaughan, Sebastian Dörmann, Marianka Halters, Pien Kars, Quirin Jacques and Mascha Halberstad.

The film had its world premiere at Toronto International Film Festival, is nominated for a Golden Calf for Best Short Film at the Nederlands Film Festival and is celebrating its Scandinavian premiere here at Fredrikstad Animation Festival.