In this digital seminar, the directors of the upcoming Netflix show The House, will hold a work in progress session, with a focus on each director’s artistic approach to the show. The House is an eccentric dark comedy directed by the leading voices in independent stop-motion animation; Emma de Swaef and Marc Roels, Niki Lindroth von Bahr, and Paloma Baeza. Produced by Nexus Studios, The House centers on a house and the three surreal tales of the individuals who made it their home. The directors have made a splash in stop-motion and have won numerous awards for their short films. With a refreshing and subtitle style, each of the directors have developed an approach to filmmaking that has been a festival favorite for the last decade. The presentation will give the audience a unique insight into the production of the extraordinary animation show, created by some of the greatest talents in the international animation scene today. 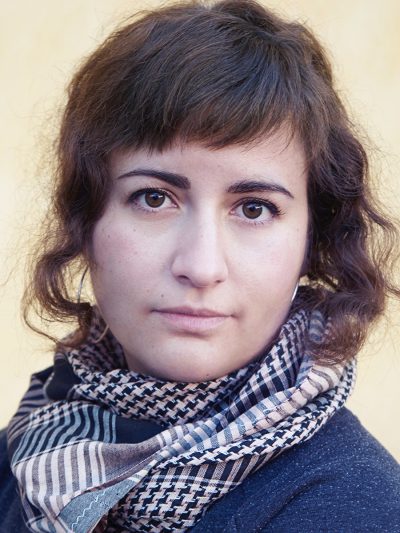 Niki Lindroth Von Bahr is a master craftswoman and artist who loves making puppets and sets by hand. She brings her characters to life through the techniques of stop motion and puppetry. Her immensely engaging stories are darkly humorous tales, often with a vaguely surreal filter.
Her short films Bath House and Tord & Tord were screened at festivals around the world including Sundance, the Berlinale and Annecy. Her third film, the apocalyptic musical The Burden, premiered at the Directors’ Fortnight in Cannes, having picked up every available piece of metalware on the festival and awards circuit. She also was named one of Variety’s top 10 animators of the year. 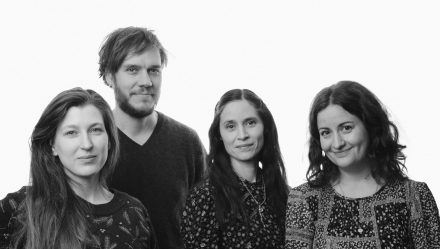 Paloma Baeza draws on her acting and screenwriting background to develop captivating storylines starring furry puppets and subtle humour, while also collaborating with household names including Cillian Murphy and Helena Bonham Carter. As a graduate of the National Film and Television School, Paloma developed her stop-motion and puppetry skills, with her animated short film Poles Apart earning an Annie and a BAFTA. Named as one of the Variety Animators to Watch, Paloma was also credited with helming Alex Garland’s animation and live-action hybrid movie The Toymaker’s Secret for Sony Tristar and bringing the life and work of iconic Mexican artist Frida Kahlo to life in a new animated film currently in development with Universal Content Group.

Marc and Emma are a filmmaking couple based in Ghent, Belgium. While Marc’s background lies in live-action, Emma loves anything to do with the handcrafted, building highly tactile and characterful puppets, miniatures, and detailed sets. Their work mixes stop-motion and puppeteering artfully with live-action which creates a particular kind of absurd humour and tenderness that has earned them international critical acclaim.
The duo created the multi-award-winning anthology film This Magnificent Cake! which was endorsed by Oscar-winning director Barry Jenkins as his favourite film of the year and cemented the pair’s position as one of the leading voices in contemporary stop-motion. They are currently directing a story for the eagerly anticipated Netflix and Nexus Studios stop-motion series The House.
Their stop-motion short Oh Willy… has won over 80 awards worldwide, including the coveted Cartoon d’Or. Their animation work on the “Sugarman” commercial for Belgian sugar manufacturer Tiense Suiker was awarded a Bronze Craft Lion for Animation, and their “Stress Doll” ad for the Belgium public transport company De Lijn won an Effie award for effectiveness, as well as being voted the most popular Belgian ad of the year.