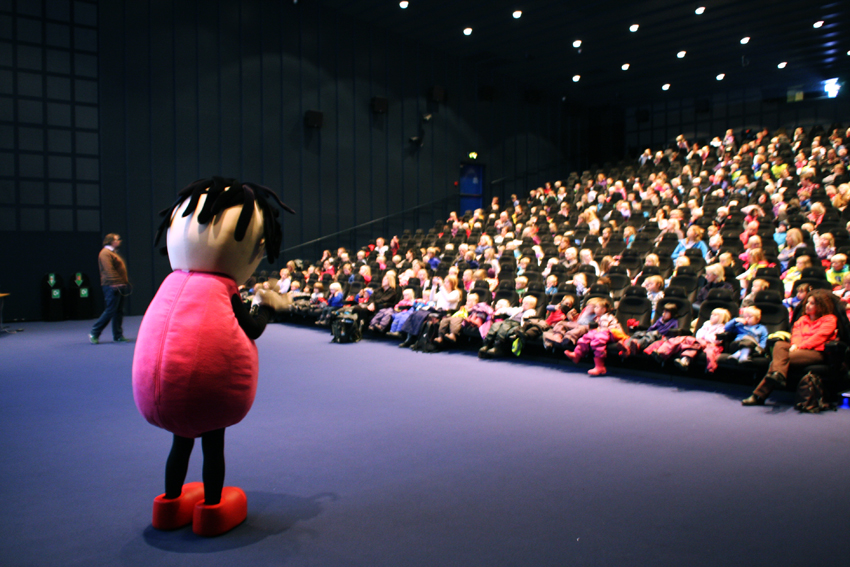 The 2012 Edition of the Fredrikstad Animation Festival happened 8.–11. November with the Fredrikstad Cinema as main venue. 4 days packed with seminars, workshops and screenings – and with something for all ages.

81 films were screened during the festival. 75 short films were selected to participate in five competition programs and three special programs. Fredrikstad Animation Festival hosts it´s own award ceremony, unique to it´s kind in Norway: The Golden Gunnar trofé is handed out in six categories, among them Best children´s film (given out by a children´s jury) – and the Grand Prix award. The Grand Prix winner is automatically nominated for European Cartoon d’Or.

The festival board and festival organizers also give out a Lifetime Achievement Award to honour one great figure in the Nordic-Baltic animation scene.

The Secret of the Ice Flower (Denmark)
Directed by Jacob Ley

The Secret of the Ice Flower (Denmark)
Directed by Jacob Ley

Rein Ram­mat, who is con­side­red the foun­der of the Esto­nian school of ani­ma­tion. Raamat as an artist was one of the first whose out­put was a new medium — hand-​​drawn ani­ma­tion. He devel­o­ped and pro­tected the rights of the new artform. Rein Raamat’s best ani­ma­tions are a dead sure part of the grea­test ani­ma­tions of Estonia.

North American Producers with Nelson Lowry (Studio Laika, Production Manager of Paranorman (2012)) and Marcy Page from the National Film Board of Canada (NFB) as well as the producers of Academy Award winner The Danish Poet (Torill Kove, 2012).

The festival VFX seminar highlighted two amazing VFX studios. Juri Stanossek from Pixomondo in Stuttgart, Germany, presented the work of his studio on the award winning TV-series Games of Thrones. This followed by Storm Studios (N) breathtaking work on Academy Award Nominee Kon-Tiki (2012). Additionally, Adam Wright gave an animatronics workshop and Jeremy Clapin og Frankc Dion presented their studio Papy3d and the production of their films Edmond Was a Donkey and Palmipedarium.

No festival complete without parties and social events! In 2012, the festival presented the party-with-performance-act Jimmy Polaris: music composed and performed by Masselys in combination with visuals by Christopher Nielsen and Matt Willis-Jones. The opening night the traditional party at Café Verdensspeilet followed the opening ceremony. Here the award ceremony party, with master of ceremony Richard Bowers, also took place. The Café Verdensspeilet, just across the street from the Fredrikstad Cinema, is well known among festival visitors for its atmosphere.