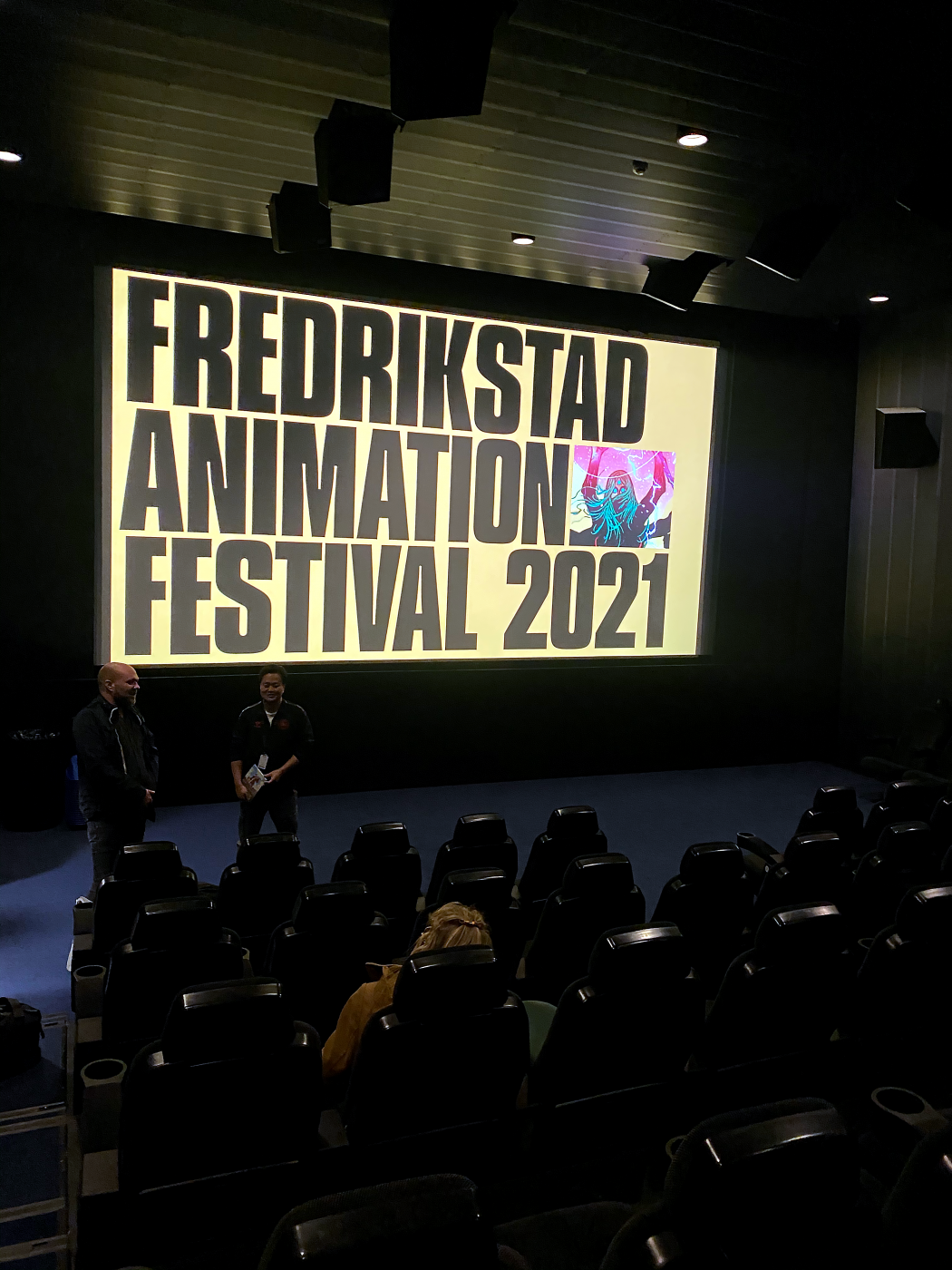 FAF 2021 was the largest festival yet.

The 25th edition of the Fredrikstad Animation Festival happened from 21. to 24. October 2021 and it was the largest animation festival since the event moved to Fredrikstad.

The festival experienced an audience growth of 35% and a 10% increase in pass sales. With a record-breaking programme and digital availability, the festival reached more people than before. After 21 years in Fredrikstad, the festival has grown so large that it was possible to present the film screenings and events in eight different venues throughout the city. Festival leader Anders Narverud Moen was very pleased with the attendance and programme for this year’s festival, “Fredrikstad Animation Festival is now the leading festival for animation in the Nordic countries and really left its mark on the city this October. We are extremely happy that the audience likes what we do, and we will continue to actively develop the festival further.”

In connection with the Corona outbreak, the festival launched a digital platform for the festival in 2020. This year it was developed further and included exclusive content. The digital platform was available to pass holders for a week and contributed greatly to the viewership increase. Anders Narverud Moen elaborates, “The digital platform gives our audience opportunities to immerse themselves further in our extensive program and lets them see films and events that they missed during the festival in October. Four days go by fast, and we believe it is important to make our fantastic programming available on other platforms as well. We see that this is something that the festival audience supports, and it was a part of what made this year’s festival so great.”

Fredrikstad Animation Festival has also seen a record increase in the number of partners, both locally and from the film and animation community. This has given the festival a boost and gives the festival more opportunities to create new innovative programme concepts.

The festival administration is looking forward to a new session and already 11 months before the 2022 festival can buy festival passes at a greatly reduced price. Until the end of 2021, you can purchase All-Access Industry Passes for 499.- kr.