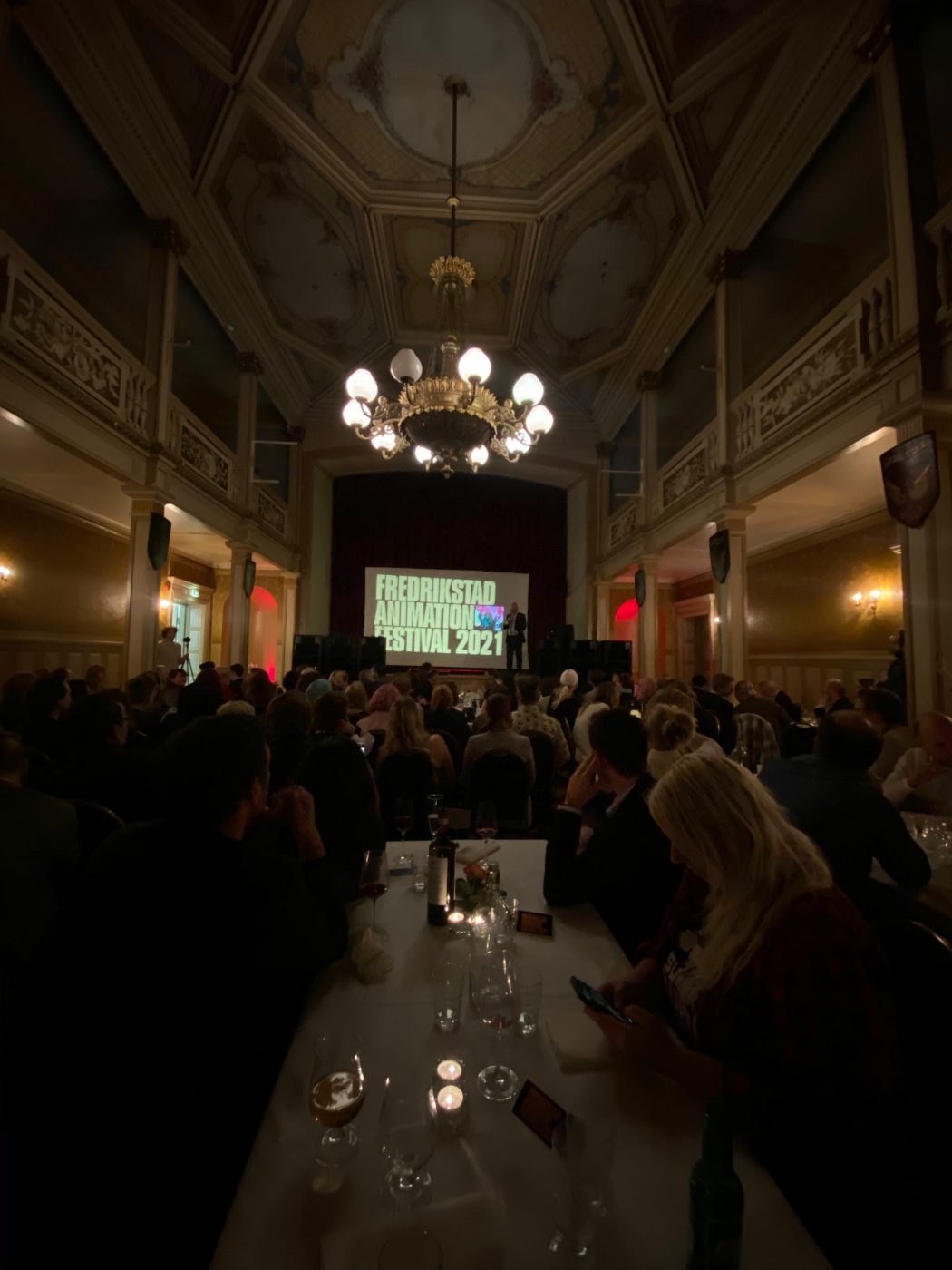 To mark the conclusion of the Nordic-Baltic competition, an Award Ceremony has been held at Phønix, a festive place in a neo-classic style. Fredrikstad Animation Festival’s iconic award, the Golden Gunnar, has been bestowed upon the deserving winners of Best Feature Film, Best Short Film, Best Student Film, Best Commissioned Film and Best Children’s Film. The ceremony was not completed without the Audience Award and, last but certainly not least, the Golden Gunnar Grand Prix award.

Three juries, composed of a global team of industry professionals, got the job of getting winners of this year’s Golden Gunnar:

In addition to the professional jury, we have also had a children’s jury for Best Children’s Film. This jury consists of Aurora Nøkleby, Martin Gottfredsen and Patrick Ydse Bjørnnes.

We also have an award called the Audience Award. The winner is voted by the audience.

Jury´s motivation:
With its tranquil images, the film manages to build up its own universe in a delicate way, facing the viewer with indirect yet inescapable questions about the meaning of life.
The place is not a place, but a mental suggestion.
White is not just white, and black is not just black, but they are full of possibilities that contribute to the isolation of the character forming his inner world, and opening the film space to exquisite possibilities. 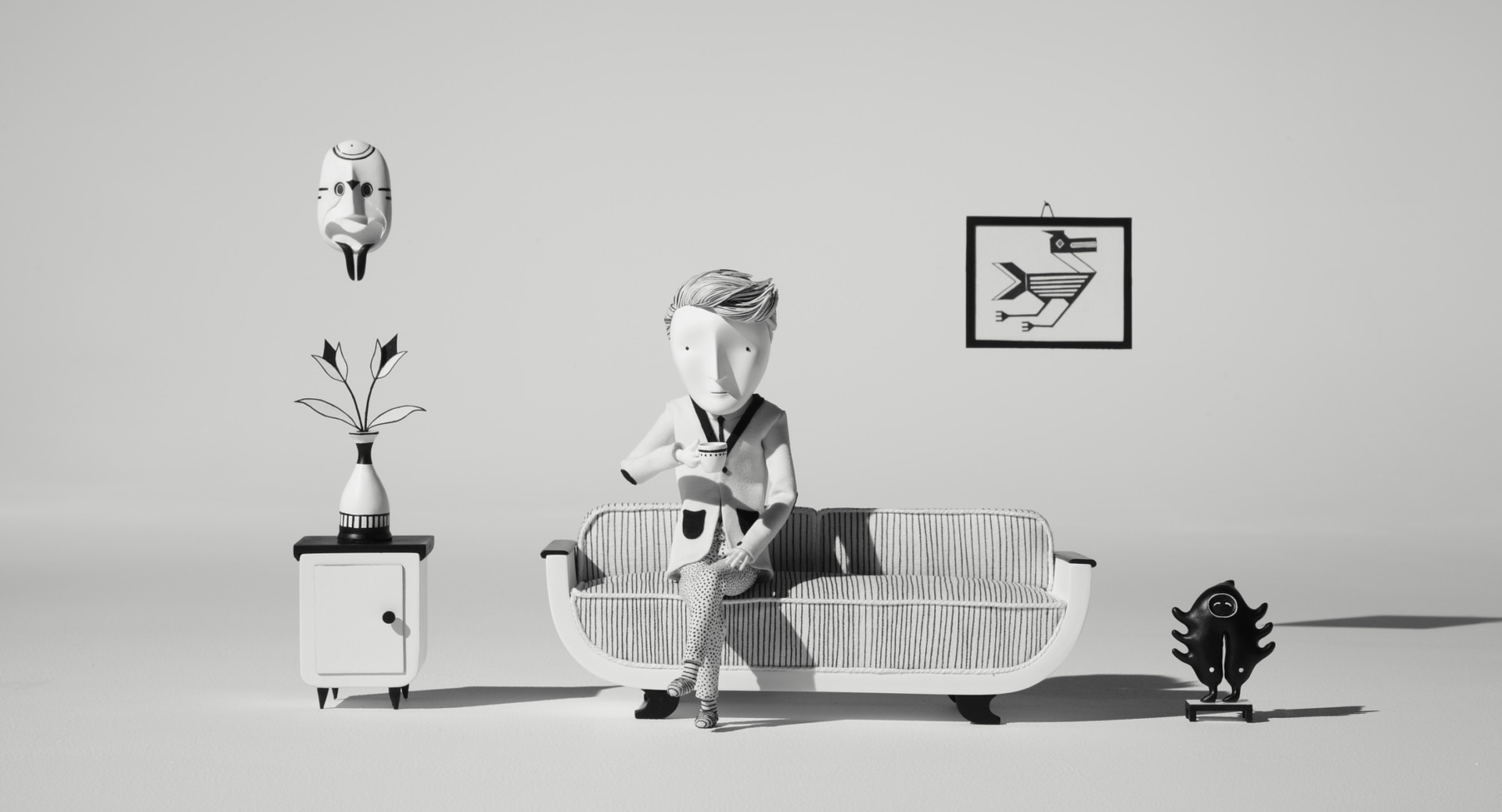 Jury´s motivation:
All of the four films in the competition are very well executed with great characters, beautiful animation and artwork and are in a way treating the same subject: belonging somewhere.
However we thaught that one film stood out from the others.
Flee manages in an unsentimental way to tell us something different about the emotional costs of fleeing your homeland. It shows us the beauty of love between a boy and his family members but also the awakening of a young boy´s sexuality. We are brought along on his journey as a grown man opening up, telling his innermost secrets and feelings – troubled or damaged by his past.

The film touched us deeply! The subtle and powerful animation, the way the story is ingeniously told, the use of music, a beautiful design and bold mix of techniques makes this a truly beautiful and important film.

Jury´s Motivation:
The film’s striking combination of humor and harshness portraits beautifully our society’s great fear and judgement of the unknown and the immidiate necessity to label and adjust that unknown to our needs and understanding. 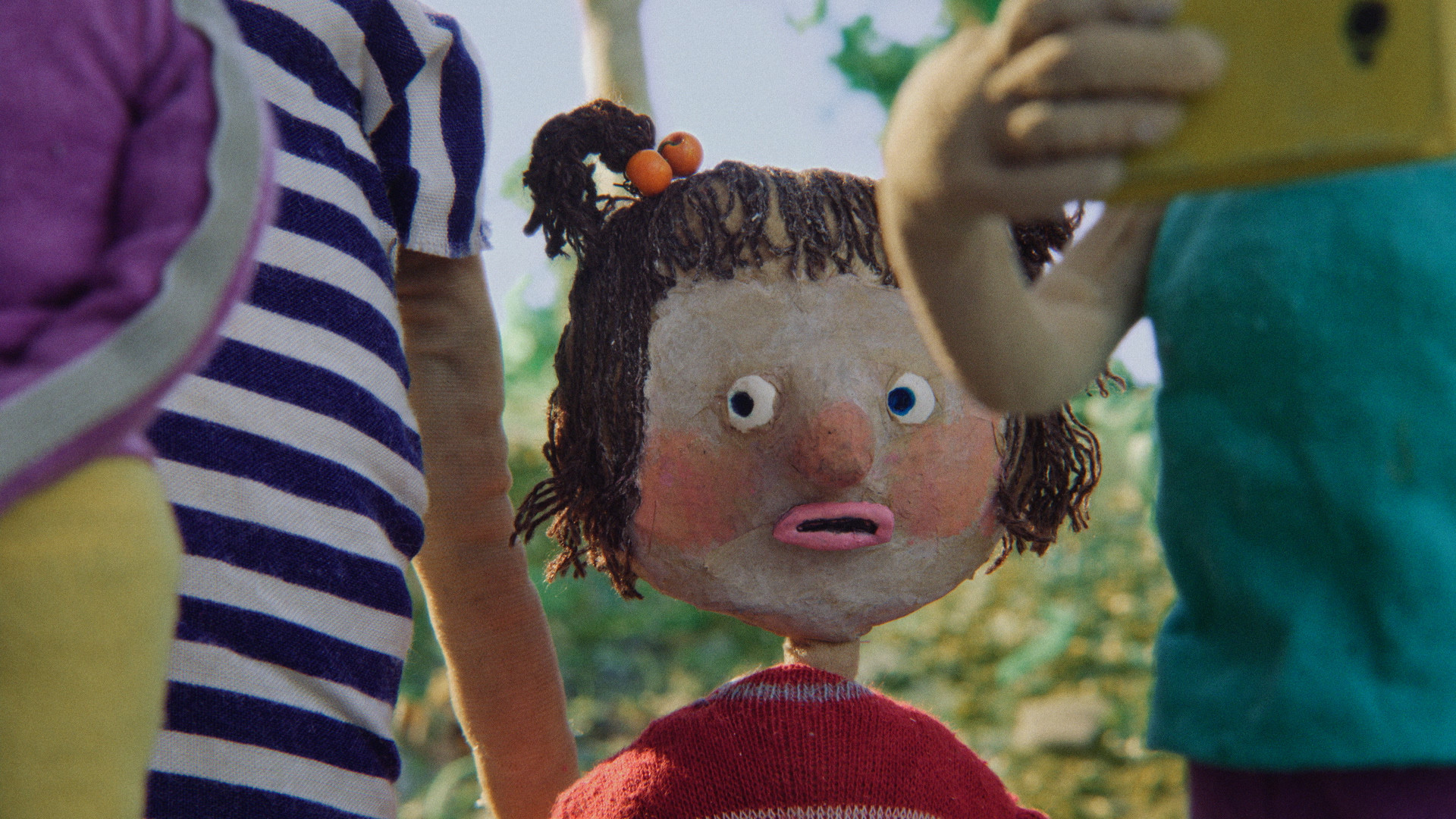 Jury´s Motivation:
This remarkably fine-tuned film managed to move us deeply with a poetic image language, steady storytelling and a strong emotional impact. It does an impressive job in capturing what it’s like having a mentally sick parent, which sometimes means the parent and kid roles are reversed, in this case a dear father and his favorite daughter (called Terminator). 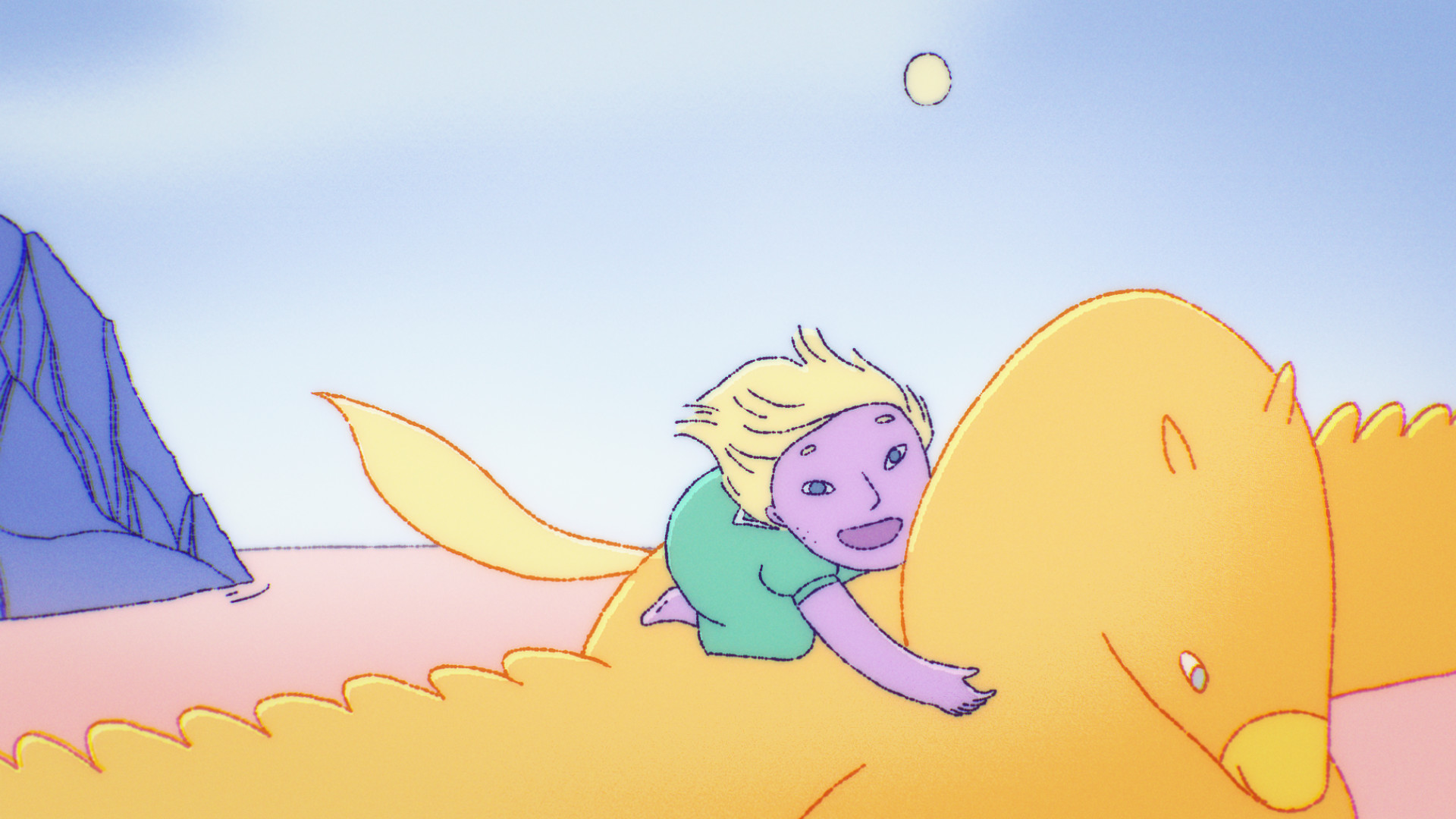 Jury´s Motivation:
In a very diverse selection of animation genres, styles, and techniques, ranging from music videos, info films, game trailers, and commercials, the jury has chosen a film that uses a traditional animation technique in a successful manner, to portray a serious topic in a warm and humorous way.
The film uses everyday situations to turn the subject matter into something absurdly unique while using the full potential of animation as an art form.
The expression and tone of the film encourage laughter while staying respectful to the subject matter. Fantastic work! 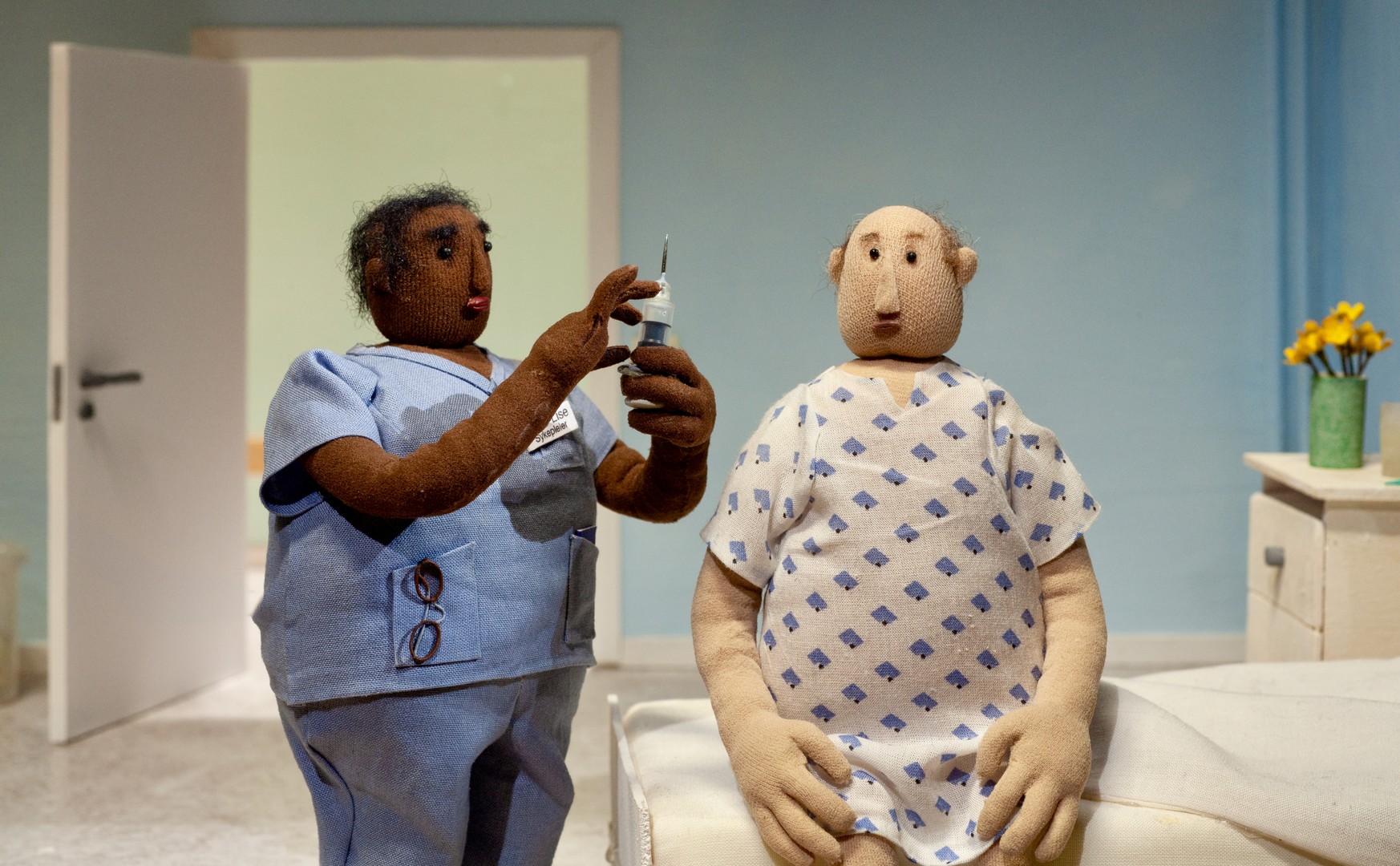 Jury´s motivation
This year’s best children’s film has very good technique. It is very “smooth”. It does not work to buy an extra head, you do not have to learn everything.

This year’s special mention goes to a film that has very funny and detailed effects. It shows well that you have to treat people the same no matter what you look like.

FAF congratulates all the winners!