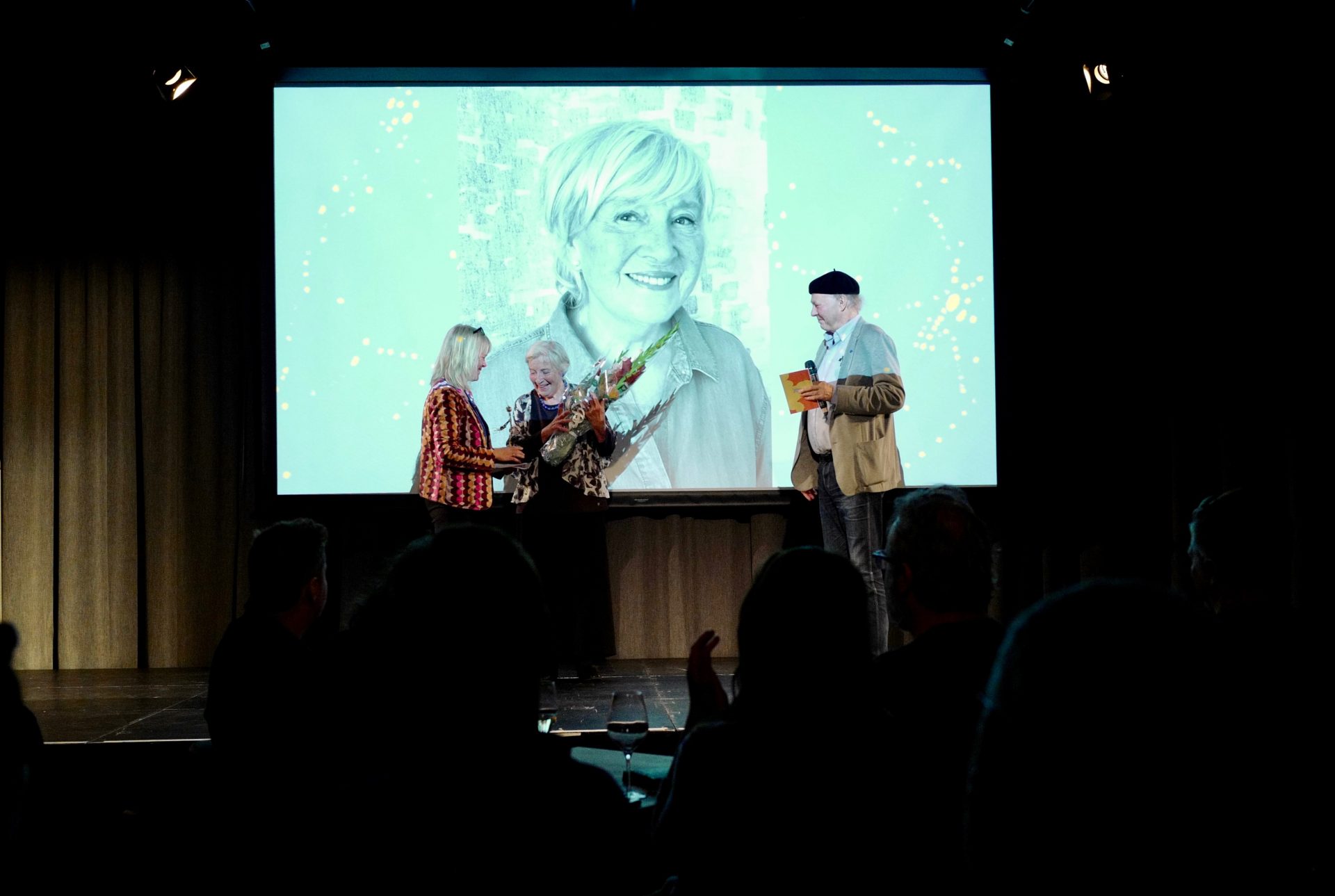 Every year, the board of Fredrikstad Animation Festival selects one of the pioneers within Nordic-Baltic animation, a person that has influenced the art of animation in our Nordic and Baltic region, and honors them with a special Lifetime Achievement Award. This year, the board has chosen Anna Tystad Aronsen (Norway) as the recipient for the Lifetime Achievement Award for her lifelong contribution to Nordic animation. Festival founder Gunnar Schjelderup Strøm writes:

It has been over 100 years since the first animated films were made in Norway, yet there were very few who were able to make a living as an animator before the industry was professionalized starting around 1990. Anna Tystad Larsen is one of these early pioneers. From 1960 until her retirement in 2003, she was a professional animator working within film and TV. No other Norwegian animator has had such a long, continuous career as an active animator.

Anna got her education as a graphic designer at the Oslo National Academy of the Arts. Upon graduation in 1960 she was offered a job with ABC Animation, Bjørn Aronsen’s newly founded animation studio. Bjørn Aronsen had come back to Norway in 1958, having spent three years working for Disney in California. Bjørn had worked as an assistant art designer on Sleeping Beauty (1959), drew the first posters for Disneyland, and made animations for the Disneyland TV series – the world’s first TV program aimed specifically at children. Around this time, a more stylized art style introduced by UPA animation studio and inspired by modern art and design had taken hold at Disney. Bjørn Aronsen brought this knowledge and visual esthetic with him back to Norway. In his new studio in Oslo they made dozens of animated commercials in typical UPA-style. Anna became Bjørn’s favorite animator, partner and wife.

The films they made in the period of 1960 – 1965 are forgotten gems of Norwegian commercial film history. The Norwegian producers of cinema commercials faced tough competition in the 60’s as American companies such as Coca-Cola and Levis made their foray into Norwegian cinema. Bjørn had to close down his animation studio, choosing instead to focus on comics made under the pen name Baron. Anna was offered a position with public broadcaster NRK, which was officially opened in 1960. Here she became colleagues with Wilfred Jensenius who had been the resident animator with NRK since its inception. They continued to work together until Jensenius’ retirement. Following this, Anna became the central animator for the graphical department at NRK, serving as the department head for many years until her retirement in 2003.

Anna Tystad Aronsen made countless animations and vignettes over the course of her years with NRK. One of the most widely recognized is her vignette for Portveien 2, a children’s TV show that remained on TV for many years of reruns. Though NRK made children’s TV, they never produced any in-house animation, opting instead to co-produce foreign projects. It was only in cooperative animated projects with the European Broadcasting Union that Anna got the chance to make her own animated short films. These thought-provoking films truly highlight her elegant and beautiful designs.

In 1976 Anna animated the TV adaptation of Ingebrigt Daviks’ Taremareby stories, originally presented as part of a popular children’s radio program in the 60’s and 70’s. She also illustrated the picture book about Taremareby, which is still for sale in bookstores today.

During the making of her most influential animated short, Trouble (1986), Anna and colleague Else Myklebust had to seek financial support outside of NRK despite both being full-time employees of the state broadcaster at the time. Trouble tells the story of sexual violence committed against kindergarteners. The film was widely and internationally distributed and is still used as part of the curriculum for kindergarten teachers and child protection service workers. Trouble was also an important source of inspiration for Anita Killi when making her film Angry Man (2009).