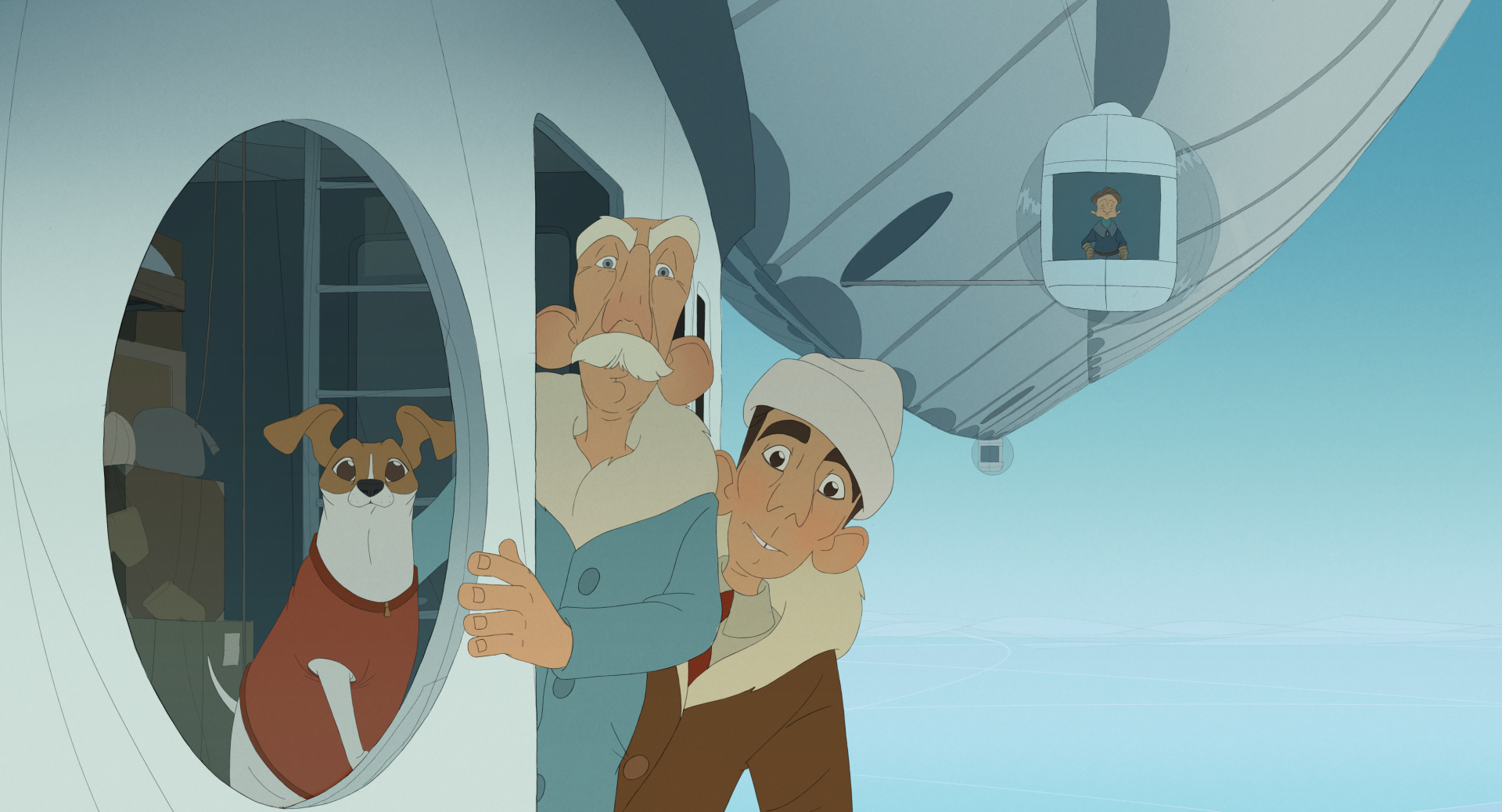 When the 26th edition of the Fredrikstad Animation Festival opens its doors on 20 October, it will premiere the most magnificent Norwegian 2D animation of all times, Titina by Kajsa Næss. The film is the Norwegian Oscar-winning animation studio Mikrofilm’s first full-length feature film as delegate producer and is co-produced with Belgian Vivi film. The film opens theatrically in Norway on 21 October.

Titina tells the (almost) true story of the little terrier who discovered the North Pole. Together with the polar superhero Roald Amundsen and the Italian airship engineer Umberto Nobile, the former street dog goes on a journey to an unfriendly environment not made for a small terrier. The film is part of the Fredrikstad Animation Festival’s competition programme for Nordic-Baltic animated feature films, and the film’s animation director, Marie-Laure Guisset, will hold a Masterclass about the animation style used in the film at the festival.

“It is an honour that Titina gets its premiere in the municipality where Roald Amundsen was born, on the 150th anniversary year of the polar hero. Titina is a great family film, where the animation and the film’s visual narrative is completely unique and is exactly what the Fredrikstad Animation Festival wants to present during the festival opening. Mikrofilm and the festival have followed each other closely, so it is very gratifying to present their first feature film”, says festival director Anders Narverud Moen.

Director Kajsa Næss is one of the founders of Mikrofilm, along with one of the film’s producers, Lise Fearnley. Næss studied animation at Volda University College and since the mid-nineties they have been a central part of the animation scene in Norway and established themselves as a recognized and award-winning director. Her films have been presented at several international festivals, and in addition to several film awards, Næss has been awarded the Ministry of Culture’s Human Rights Award for the film It’s Up to You, which also won the award for best Nordic-Baltic short film at FAF. Titina is Kajsa Næss’ feature film debut.

“The Fredrikstad Animation Festival has been extremely important for the Norwegian animation industry, for Mikrofilm and for me as a director. Already in 1994, FAF’s forerunner Animerte Dager showed our first short film Toothsome, during what was the very first year of the festival. Since then, we have followed each other closely. So, it’s a great honour to share my feature film debut almost 30 years later with good industry colleagues, students, and the audience in Fredrikstad”, says director Kajsa Næss.

The opening film is available to all pass holders, either a 4-day or Thursday pass. Order your pass today.